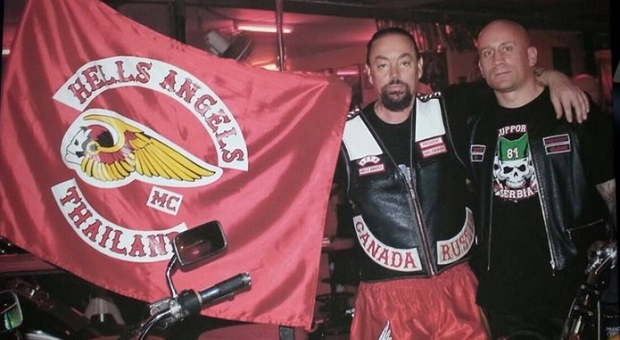 December 1, 2015 – Thai police today said they are searching for a gang of foreigners believed to have abducted an Australian former Hells Angels gang member at gunpoint.

Wayne Rodney Schneider, 37, was kidnapped yesterday by a group of masked men outside his house in Pattaya, a seaside resort town notorious for its sprawling red light district and links with organised crime.

“He was abducted and carried into a van yesterday at dawn according to two security guards who were witnesses”, Police Colonel Sukthat Pumpanmuang, commander of Pattaya City police station, said.

“He (Schneider) has a fitness business in Australia and was also in the Hells Angels group,” he added.

Local media ran images of a blood splatter and bullet casings at the scene of the kidnap. The security guards reported seeing him beaten unconscious before being bundled into the van.

“A court has issued an arrest warrant on charges of kidnapping and assault,” Sukthat said.

He added that Schneider had been in Thailand for around one month and had rented a house, putting down a 130,000 baht (US$3,626) deposit for six months.

Local media reported that Schneider and Bagnato had been out drinking together the night before the kidnap.

The Sydney Morning Herald added that Schneider had previously had run-ins with the law in his homeland, linked to his membership of the Hells Angels.

The Australian embassy in Bangkok did not return calls requesting comment.