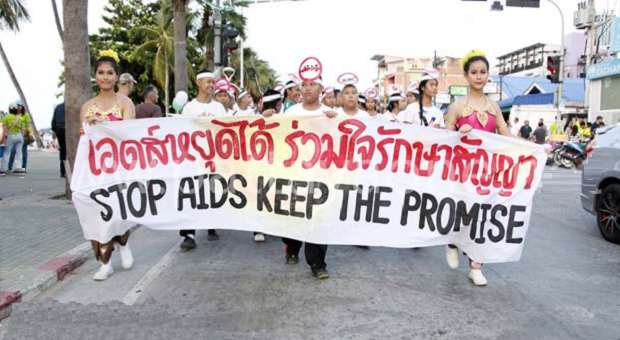 December 3, 2015 – Hundreds of marchers, many in elaborate costumes and handing out condoms to promote safe sex, joined the parade to mark World AIDS Day in the popular resort town of Pattaya.

The number of adolescents dying of AIDS in the Asia Pacific region has more than doubled since 2005, according to UNICEF, the United Nations Children’s Fund which has urged countries in the region to improve access to testing for teenagers.

A United Nations report estimated that 50,000 young people, aged 15 to 19 years old, were infected with HIV last year and 220,000 preteens and adolescents are living with the virus.