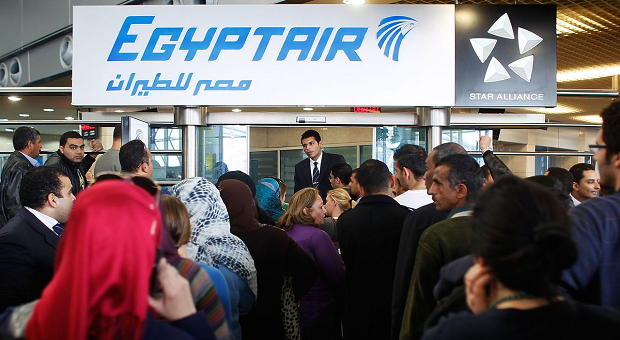 May 20, 2016 – France’s Foreign Minister today said there was “absolutely no indication” what had caused the crash of an EgyptAir flight, despite Egyptian authorities saying terrorism was the most likely cause.

“We’re looking at all possibilities, but none is being favoured over the others because we have absolutely no indication on the causes (of the crash),” Jean-Marc Ayrault told French television.

The French government will meet families of the victims tomorrow in order to “provide all the information we can,” Ayrault said. A massive search was under way for the plane that disappeared early yesterday over the Mediterranean with 66 people on board.

Egypt’s aviation minister said last night that while it was too soon to say why the Airbus A320 flying from Paris to Cairo had vanished from radar screens, a “terrorist” attack would be a more likely scenario than a technical failure.