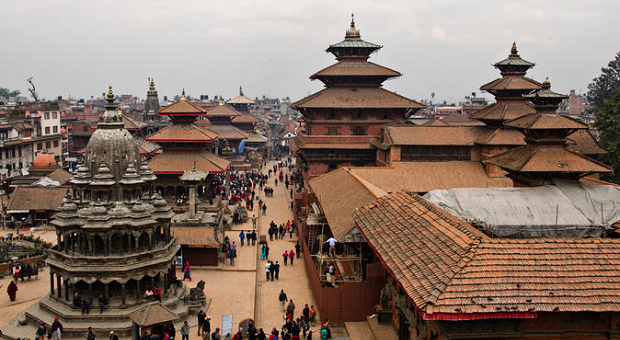 April 21, 2016 – Nepal ranks second among the nine South Asian countries as far as press freedom in the region is concerned, according to the advocacy group Reporters Without Borders, which released its annual rankings today.

The World Press Freedom Index ranks 180 countries on indicators such as media independence, self-censorship, the rule of law, transparency and abuses.

Nepal was ranked 105th last year as well, but its score of 32.62 is 0.09 point less than the last year, which means that press freedom has slightly improved in Nepal compared to the last year.

Among the lowest ranked countries were Syria, at 177th place out of 180, just below China (176th) but above North Korea (179th) and last placed Eritrea.

Japan slumped to 72nd due to what the watchdog identified as self-censorship towards Prime Minister Shinzo Abe, while Finland retained its top spot for the sixth consecutive year, followed by the Netherlands and Norway.

While Europe remained the region with the most press freedom, Reporters Without Borders warned that the misuse of counter-terrorist and counter-espionage measures and conflicts of interest had put it on “a downhill course”.

Poland fell a massive 29 places to 49th due to government seeking to restore Polish ownership of foreign owned Polish media.

And France dropped seven places to 45th because “most of the private-sector national media are now owned by a handful of businessmen with interests in areas of the economy unrelated to the media.”

In Europe threats to journalists were linked to rising nationalism which saw death threats in Sweden, which dropped three places to 8th , and attacks on journalists during anti-Muslim rallies in Germany (which dropped four spots to 16).

“And finally, it was in Paris that the attack on Charlie Hebdo took place on 7 January 2015, an attack masterminded from Yemen. So, Europe was also the victim of the world’s demons,” read the report.

According to Reporters Without Borders, the covering demonstrations continues to be dangerous for Nepali journalists.