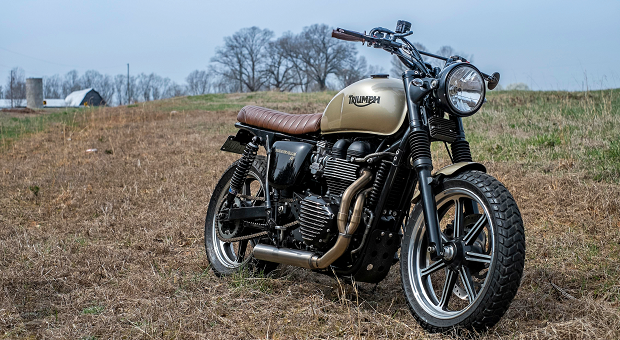 “We are having a rider meet during IBW. For the first time, we are showcasing the Bonneville range to our customers.

We showcased it at the Auto Expo in Delhi, but that was only for media,” Vimal Sumbly, MD, Triumph Motorcycles (India) Pvt Ltd said.

The two-wheeler major will also be putting on display its other range of superbikes at the two-day IBW event.

Sumbly said that after the formal unveiling of the Bonneville bike for customers, dealers across the country will put the bike on display at their showrooms.

The iconic Bonneville, he said, is now made on a completely new platform in terms of its design, style, engine and technology.

“This will be the first 900cc water-cooled engine. We are in India with 100% Auto Breaking System (ABS) in bikes. In terms of technology, Bonneville is ridden by wire and with traction control,” he said.

The British bike maker, which ventured into the Indian market two years ago, has so far sold 2,500 units and has 12 stores in India.

The company has launched its franchise-based stores in some metros, Chennai, Delhi, Kolkata, Mumbai, as well as tier II cities such as Cochin, Pune and Ahmadabad while it will open new ones in Goa, Lucknow, Bihar and eastern parts of the country.

Asked if the company will take on board a brand ambassador, Sumbly said it’s “not interested”.