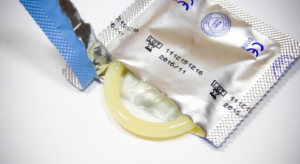 November 24, 2015 – An Islamic district in Indonesia plans to ban the sale of condoms in convenience stores in a bid to halt premarital sex, an official said today, but activists criticised the move as misguided.

The local administration in Luwu on central Sulawesi island will soon send a notification to convenience stores, giving them a week to remove condoms from their shelves, district head Andi Mudzakkar said.

“We are concerned that premarital sex is on the rise among teenagers,” he tsaid from the district capital Belopa.

A week after the letters are sent, the government will raid the dozens of convenience stores in Luwu, and those caught violating the rule could be shut down, Mudzakkar said.

He said that he took the decision after noticing that condoms were sold openly in the stores and could be easily bought by youngsters.

Condom sales would still be allowed in the remote district in pharmacies but only for customers aged above 17, he said.

In many rural parts of the archipelago, convenience stores are the only retail outlets offering a sizeable range of goods.

Yakub Gunawan, an activist from the Red Institute, an NGO focusing on HIV, said the ban would not tackle “risky sexual behaviour”.

“The Luwu government should be promoting early sex education instead so teenagers will know how to be responsible and protect themselves,” he said.

Regulations to crack down on behaviour viewed as “immoral” and against Islam have multiplied across Indonesia – the world’s most populous Muslim-majority country – in recent years, amid signs of growing conservatism in many sectors of society.

Conservative clerics have long denounced official campaigns to encourage condom use, claiming that they encourage sex before marriage.

Earlier this year Indonesia’s top Islamic clerical body spoke out against the sale of condoms following reports that the contraceptives were being sold together with chocolate to mark Valentine’s Day.