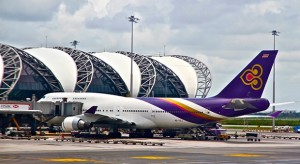 In response Japan last week blocked new flights from Thailand in a move affecting charter services by budget carriers Thai AirAsia X and NokScoot as well as Asia Atlantic Airlines, the DCA said, adding existing flights would not be impacted.

Flag carrier Thai Airways has also been hit, saying in a statement on its Facebook page on Saturday that two charter flights scheduled for Japan next month had been affected.

At a press conference yesterday, Prime Minister Prayut Chan-Ocha told reporters he would use Section 44 of the interim constitution – imposed after he seized power from an elected government last May and which gives him absolute powers over legislative, executive and judicial decisions – to expedite safety improvements.

“We have to accept that we are losing revenue from this, I am serious about solving the problem,” he said.

In what appears to be a growing fallout of the ICAO decision a transport ministry official, deputy permanent secretary Voradej Harnprasert, told reporters that airlines including Thai Airways and Nok Air may also face a potential ban on new flights from Seoul and Beijing. It was not immediately possible to confirm these bans.

Prayut also said that he had raised the aviation safety issue with the Japanese prime minister and the South Korean president on the sidelines of the funeral of Singapore’s founding father Lee Kuan Yew on Sunday.

The UN body has flagged several safety concerns including Thai aviation department personnel failing to meet international standards and a lack of full aviation regulations, Transport Minister Prajin Juntong told the press conference. The ICAO headquarters in Montreal could not immediately be reached for further details on the points it has raised.

Thai authorities have set up two new committees to tackle the concerns and will send teams to South Korea, China, Australia and Germany to discuss the issues following a trip to Japan late last week, Prajin added.

Earlier in the day the minister had said Thailand was warned about its aviation management after an earlier ICAO audit in 2005. “(They) asked us to improve our systems. I understand we have to improve urgently.”

In its statement released last Thursday the DCA had said it would provide new training for staff and increase airline inspections as part of its overhaul.

Section 44 has been under the spotlight in Thailand in recent days after Prayut on Friday said he was considering lifting martial law, imposed two days before May’s coup, and replacing it with an order under this controversial portion of the interim charter.

Several local rights groups have urged the junta chief to rethink the plans, issuing a joint statement maintaining their call to lift martial law but saying the impact of invoking the new order would be “much worse”.

Under martial law Thailand’s generals have banned political gatherings of more than five people, outlawed criticism of the ruling regime and tried civilians in military courts.