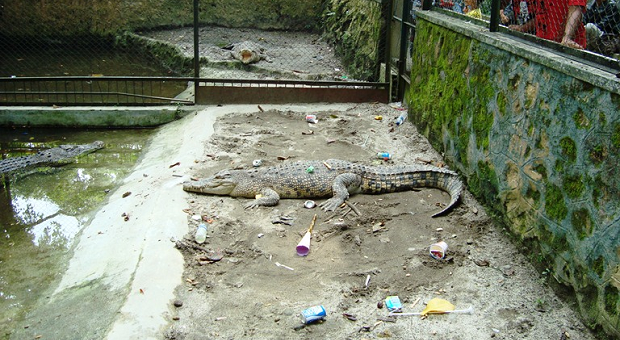 December 2, 2015 – Floods which hit the district of Permatang Siantar in northern Sumatera resulted in the escape of 18 crocodiles from the zoo last night, according to media reports.

The reptiles emerged from their enclosure at about 9 pm yesterday after the floodwaters rose as high as three metres at the Permatang Siantar Zoo, rendering only the roofs visible, the media quoted the zoo general manager, Nandang Suaida, as saying.

Nandang said workers at the zoo saw the crocodiles swimming to seek shelter and started to snare them.

“Praise be to God, all the animals were caught by 11.48 pm,” Nandang was quoted as saying to reporters.