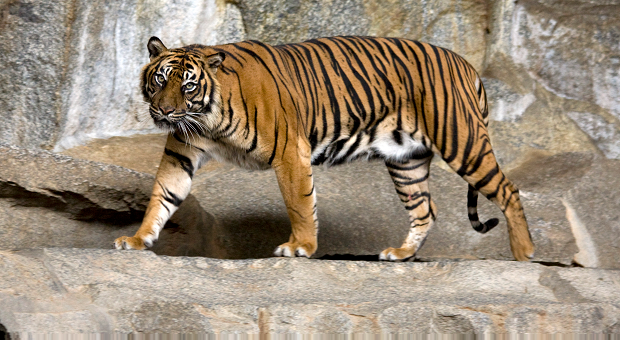 August 3, 2016 – Perth Zoo is mourning the death of beloved Sumatran tiger Setia who had to be put down after a health check revealed she had an aggressive tumour in her abdomen.

The 16-year-old was having a health check under general anaesthetic at the zoo’s veterinary hospital when the lumps were discovered and staff made the humane decision to euthanase the animal yesterday.

Perth Zoo said in a statement today that it was not uncommon for older animals to develop cancer and other age-related health problems.

Setia was born at Perth Zoo on September 14, 2000 and had four cubs, contributing greatly to the global Sumatran breeding program.  One of her cubs, Jaya, is at Perth Zoo, while another cub, Melati, recently gave birth to cubs at London Zoo.

Anyone wishing to commemorate Setia’s death is asked to consider donating to the zoo in lieu of flowers.

Sumatran tigers are critically endangered, with only 400 believed to remain in the wild.