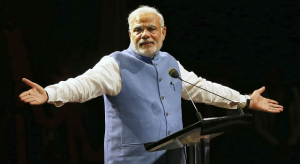 November 19, 2015 – The menace of terrorism, especially in the wake of the Paris terror strike, and enhancing the level of economic cooperation will be high on the agenda of Prime Minister Narendra Modi when he addresses two powerful regional blocs at the Asean-India and East Asia summits during his three-day visit to Malaysia from November 21 to 23 after which he will make a day-long visit to Singapore on November 23-24 where India expects to establish a bilateral “strategic partnership” with Singapore.

The threats of piracy in the Malacca Straits and the situation in the South China Sea where China has maritime territorial disputes with Asean member-states are also expected to be discussed at the summits in Malaysia.

The visit to Malaysia also has a bilateral component which will see Mr Modi hold talks with the top Malaysian leadership on ways to ramp up bilateral cooperation in a range of areas, including defence and security and take bilateral ties to a new level.

As a continuation of the trend in many of the previous foreign visits, Modi will also address members of the Indian community and persons of Indian origin in Kuala Lumpur on November 22 and in Singapore on November 24.

Meanwhile, Indian government sources sought to dismiss speculation, that the Singapore government may restrict the participation at Modi’s community event to mainly those persons with Indian passports, saying that the event organisers have put in place a system under which people need to register.

Mr Modi will also unveil a statue of Swamy Vivekananda and gift a bust of Mahatma Gandhi to Malaysia during his visit there. On November 21, Mr Modi will attend the 13th Asean-India Summit and will address the East Asia Summit the next day.