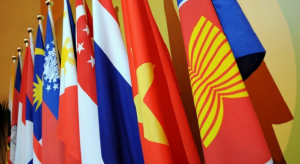 August 27, 2015 – Indonesia has the potential to lead the ASEAN Economic Community (AEC), Deputy Chairman of the Indonesian Chamber of Commerce and Industry, Rosan P. Roeslani stated.

“More than 40 percent of the population of the ASEAN resides in Indonesia. So, our potential to lead and compete in the ASEAN region is huge,” Roeslani noted in a statement received by Antara here, Thursday.

According to Roeslani, the other potential lies in the economic sector as 50 percent of the ASEAN economy is in Indonesia.

The Central Information Commission (KIP) has urged the national and regional public agencies to focus on their areas of potential to face the AEC.

“Without public agencies providing information related to the economy, licensing, labor, commodities, and finance, among others, it will become increasingly difficult for the local businesses to compete with their foreign counterparts who comparatively have better access to the latest information,” KIP Commissioner Evy Trisulo pointed out.

According to Trisulo, public information is very important for the people, especially for the local businesses to compete internationally.

The public agencies should also be more proactive in providing information that is needed by the community, especially the businesspersons, Trisulo emphasized.

“We hope that the public agencies can immediately improve the quality of their information services to support the local entrepreneurs to compete in the AEC, which will come into effect in December 2015,” she added.