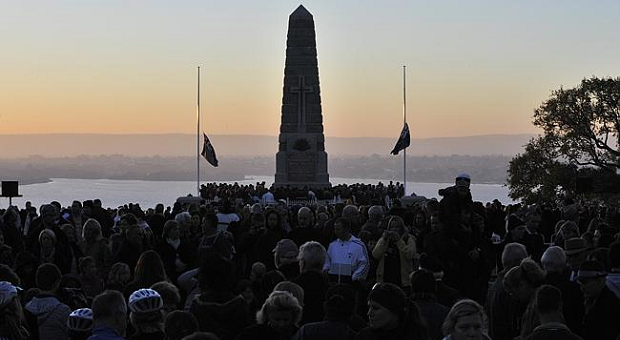 April 25, 2016 – Tens of thousands of New Zealanders turned out today for the 100th ANZAC Day dawn services honouring their war dead on the anniversary of the ill-fated Gallipoli campaign in World War I.

“The First World War helped shape our nation and our shared values. It cemented our ties with other countries, in particular our kinship with Australia,” Prime Minister John Key, who attended a service at the national war memorial in Wellington, said.

On April 25, 1915, the Australian and New Zealand Army Corps (ANZAC) stormed the beaches on the Gallipoli Peninsula in what is now Turkey.

More than 10,000 servicemen died in the campaign which failed in its military objectives but gave rise to the legacy of courage and close friendship that binds the two countries.

“On this day 100 years ago, New Zealanders first gathered together to honour their loved ones who had perished at Gallipoli. Since then, Anzac Day has become the focal point for New Zealanders and Australians to acknowledge the service and sacrifice of all involved in military conflict.”

The nine-month battle saw German-backed Ottoman forces resist the Allied troops trying to seize the peninsula on the western edge of Turkey to break through to take Constantinople and knock the Ottoman Empire out of the war.

Despite the tragic outcome, the later actions of New Zealanders “on the perilous North Sea, and on the fields of France — were true to the Anzac spirit of bravery, compassion and comradeship established at Gallipoli,” said Key.

France marked ANZAC Day by announcing plans for a memorial in Wellington to commemorate their wartime bond with New Zealand.

“France places great value on the significance of this memorial to celebrate the relationship between our two countries, the enduring friendship that unites us and the common memories we share, of which the First World War was a major example,” the French ambassador Florence Jeanblanc-Risler said.