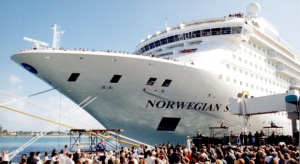 Genting Hong Kong, in which Genting Malaysia has a 17.8% deemed interest, told the Singapore Exchange that its unit Star NCLC Holdings Ltd had on August 10th signed an underwriting agreement to sell 20 million NCLH shares in a secondary public offering.

The sale proceeds will be payable by the underwriter in cash to Star NCLC on Aug 13, resulting in a gain of US$44.6m.

After the sale, Star NCLC’s stake in NCLH will fall to about 13.3%.

Based on the closing price of the NCLH shares on the Nasdaq Global Select Market on the date of the underwriting agreement, the market value of the 4.36% stake is about US$614.2m.

Genting Hong Kong said the board considered the offering as a good opportunity for the group to realise profits with cash inflow from partial realisation of its investment in NCLH.

“The directors believe that the terms of the offering are fair and reasonable, and in the interests of the company and its shareholders as a whole,” it said.

“To the best of the board’s knowledge, information and belief, having made all reasonable enquiries, the counterparties to the underwriting agreement and their ultimate beneficial owners are third parties independent of the company and its connected persons (as defined in the Listing Rules).”

The public offering, at US$59.25 per share, is expected to close on or about August 13.

A news report mentioned some shareholders’ concern that the minimum price was much below the group’s original cost of investment in the disposal shares, which was US$604.1m.