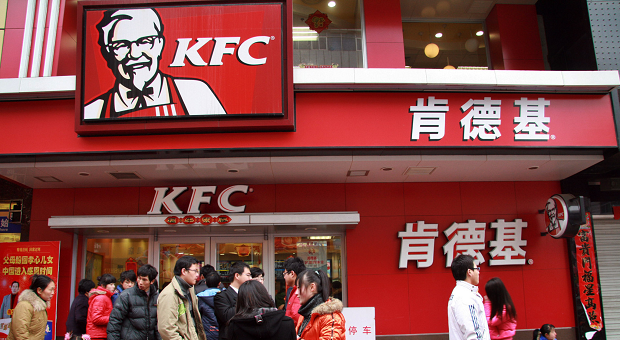 July 19, 2016 – Chinese people who blame Washington for an international tribunal’s dismissal of Beijing’s maritime claims have called for a boycott of Kentucky Fried Chicken (KFC) in protests outside branches in 11 cities, reports said.

Crowds gathered to wave placards and shout anti-US slogans outside restaurants stretching from the northern province of Hebei to Hunan province, some 1,600 kilometres (1000 miles) away, officials said.

“Get out of China, KFC and McDonalds,” one protestor’s banner read.

Chinese state-media blamed the US for encouraging the Philippines to take a dispute over China’s claims in the South China Sea to an international tribunal, which last week said Beijing’s stance had no legal basis.

KFC is a potent symbol of American capitalism in the world’s most populous country, with over 4,000 branches.

The protests began last weekend in Hebei, before spreading to large provincial capitals in the south such as Changsha and Hangzhou, Sohu said.

They highlight how foreign firms can be hit by bouts of nationalism in China.

As tensions flared between Beijing and Tokyo over disputed islands in 2012, some consumers boycotted Japanese cars and protesters smashed vehicles in the street.

French supermarket chain Carrefour also faced calls for a boycott in 2008 after the Beijing Olympic torch relay was disrupted in Paris.

China sees tens of thousands of protests a year, usually over domestic issues, and police often disperse them by force.

But in some cases Beijing has permitted large protests by its citizens aimed at foreign countries.

Police sealed off roads leading to the Philippine embassy in Beijing last week apparently to prevent people from gathering, and have reportedly taken a dim view of the KFC demonstrations.

Local media reported that police in Jiangsu province in the east had ordered KFC stores to close to prevent disturbances.

A video posted on the Weibo social media service showed blue-uniformed policemen at a protest outside a restaurant in northern China tearing down banners.

A crowd taunted the officers as being unpatriotic, shouting “Are you Chinese?”.