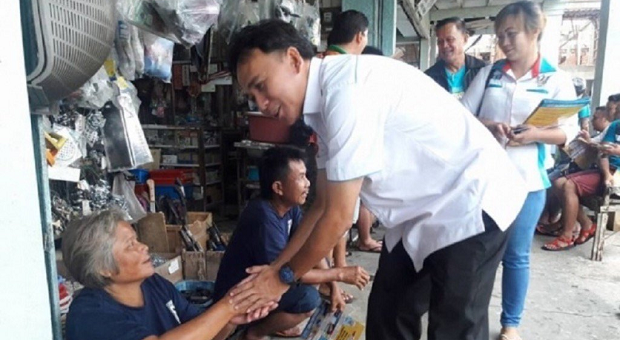 Bill Kayong, who contested the Bekenu seat in the recent Sarawak polls, was shot as he stopped his truck near a busy intersection in Senadin, about 20km away from Miri, Sarawak’s second biggest city, local media reported.

PKR issued a statement saying it was “shocked by the murder” of Mr Kayong, who was also the political secretary of Miri MP Michael Teoh.

In a statement, he noted: “As an active member of Keadilan, Bill Kayong had dedicated his life to the cause of fighting injustice and the protection of native rights and fundamental liberties.

“This is a tragic loss not only for his family and loved ones but for the party and the community, as well as all those who cherish peace, freedom and justice.”

Miri deputy police chief superintendent Stanley Johanthan Ringgit confirmed the incident, but could not provide details as investigations are in progress.

“Bill Kayong was a committed activist who believed in the Reformasi agenda and was someone who had the issues of Sarawakians close to his heart,” said PKR in its statement on the shooting.

“The motive for the shooting remains unclear and we urge everyone to let the authorities carry on with their investigation. We hope that whoever is responsible for this murder is caught quickly and brought to justice.”