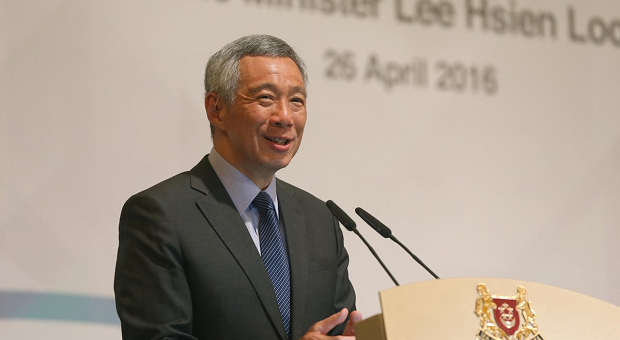 June 6, 2016 – Prime Minister Lee Hsien Loong will make an official visit to Myanmar from Jun 7 to Jun 9, where he will visit the country’s capital Nay Pyi Taw and Yangon.

The visit will also coincide with the 50th anniversary of the establishment of diplomatic relations between Singapore and Myanmar, the Prime Minister’s Office (PMO) said in a press release earlier today.

The Prime Minister last visited Myanmar in November 2014 for the 25th ASEAN Summit in Nay Pyi Taw, but this visit will be to affirm Singapore’s longstanding ties with the country, underscore the city-state’s commitment to support Myanmar’s development and discuss ways to strengthen bilateral cooperation, it added.

In Nay Pyi Taw, Mr Lee will meet President Htin Kyaw and State Counsellor and Foreign Affairs Minister Aung San Suu Kyi, among various high-ranking officials such as the Speaker of Parliament and Commander-in-Chief of Defence Services. He will also meet with former President Thein Sein while in the capital, the PMO said.

Prime Minister Lee will also officiate at the launch of the Singapore-Myanmar Vocational Training Institute and attend a reception with Singaporeans.

Mr Lee will be accompanied by Mrs Lee and Minister for Foreign Affairs Vivian Balakrishnan, who made an introductory visit to the country last month. Acting Minister for Education (Higher Education and Skills) Ong Ye Kung, Senior Minister of State for Law and Finance Indranee Rajah, Senior Minister of State for Foreign Affairs and Transport Josephine Teo, and Members of Parliament Cedric Foo and Fatimah Lateef, will also be visiting as well.