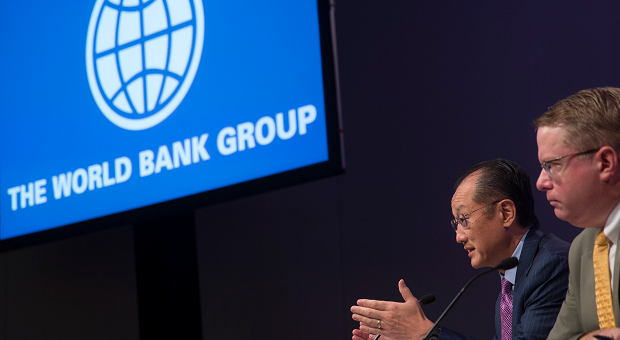 May 23, 2016 – After suspending funding for new development projects in Cambodia five years ago, the World Bank announced it will now resume direct financing for such initiatives.

The international financial institution said in a statement Thursday that $130 million in financing had been approved for four projects involving roads, water, agriculture and health care.

It said there had been a pause in funding new projects since 2011, but did not elaborate. Funding for ongoing projects had not stopped.

The bank had cut off lending to protest the forced eviction of lakeside landowners in Phnom Penh to make room for a luxury development, even as it was working to combat land grabs. No reason was given for the resumption of lending, although the eviction dispute remains unresolved.

On Thursday, the World Bank’s Board of Executive Directors discussed the 2016-2017 Country Engagement Note (CEN) and approved financing for four projects to provide many communities across Cambodia with better roads, sustainable sources of water, improved livelihoods from agriculture, and increased access to health care.

The CEN sets out the strategy of the World Bank Group to support Cambodia’s goal of reducing the incidence of poverty by at least one percentage point per year, as indicated in the country’s 2014-2018 National Strategic Development Plan.

The strategy, it said, aimed to help Cambodia further improve its business climate and make its products more competitive in global markets. It also aims to improve social and infrastructure service delivery, generate opportunities for the poorest people, and reduce its vulnerability through policies, investments and programs to build assets and create more jobs.

“Cambodia’s economic performance has been impressive, with its economy growing more than 7 percent per year on average over the last decade and the extreme poverty rate falling from 52 percent in 2004 to 17 percent in 2012,” said Victoria Kwakwa, World Bank’s Vice President for East Asia and the Pacific.

“We look forward to working actively with Cambodia in its efforts to improve the economic and social conditions of all Cambodians, lift millions more out of poverty and address continued vulnerability of formerly poor Cambodians.”

The financing program under the CEN includes seven investment projects, totaling about $250 million of funding from the International Development Association, or IDA, the Bank’s fund for the poorest.

The program is focused on development priorities for Cambodia and reflects the results of in-country consultations and requests by the government for World Bank Group investment financing and advisory support.

“We will help finance projects to make health care more affordable, improve roads, and support poor villagers who depend on agricultural livelihoods and fishing. We will also continue our close partnership with Cambodia to share international experience and help build local capacity, strengthen institutions and improve governance.”