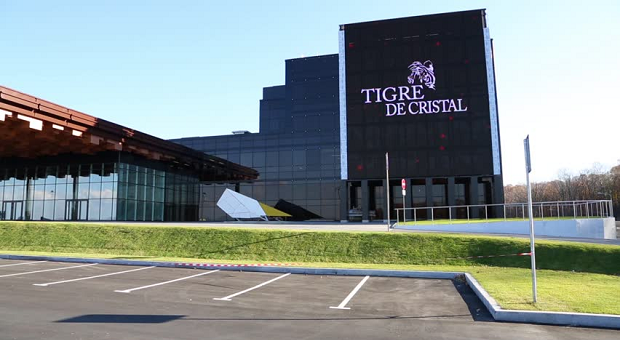 May 18, 2016 – The sleepy port town of Vladivostok in Russia’s Far East, which was a closed-off military enclave during the Soviet era, is seeking to reinvent itself as an exclusive casino resort.

Last autumn, a casino complex opened in a new gaming zone just outside the city. A new theater, an art museum and other facilities are also being built in a bid to transform the city into an entertainment hub for wealthy tourists from China and other neighboring countries.

Investors are betting on the wilds of the Siberian forest being turned into an East Asian answer to Las Vegas.
The new casino complex, the Tigre de Cristal, is a 30-minute drive from Vladivostok International Airport. The lavish glass building is Hong Kong and Macau gambling tycoon Lawrence Ho’s first foray into the Russian city.

Chief operating officer Craig Ballantyne says the city’s location was the crucial factor in the decision to open the complex there. Vladivostok is less than three hours’ flight from Tokyo, Beijing and Seoul.

Casino gambling is banned in Russia in all but five designated areas which were set up in an attempt to revive flagging local economies.

Since it opened in October last year, the Tigre de Cristal, which also has a luxury hotel and restaurants, has attracted more than 80,000 tourists from Russia and overseas.

The government-supported plan to turn Vladivostok, the largest city in Primorsky Territory and the entire Russian Far East, into a vibrant gaming destination involves building a further 10 casino-hotel complexes, shopping malls and a yacht club by 2020.

At the beginning of the year, the Mariinsky Theatre opened the Primorsky Stage, bringing the world-class ballet dancers of the illustrious St. Petersburg theater to the Far East. The State Hermitage Museum is also building a branch in the city, which will exhibit collections of Russian art from the Romanov dynasty onward.

Vladimir Miklushevsky, the governor of Primorsky Territory, says a Far Eastern casino resort in Vladivostok will allow Asian tourists to enjoy Russia’s world-renowned arts without having to travel all the way to Moscow or St. Petersburg.