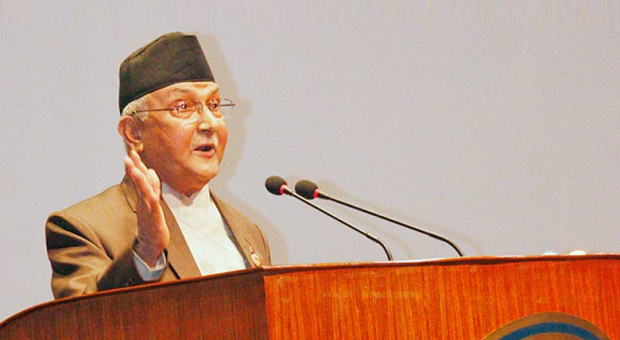 May 5, 2016 – Nepal’s main Maoist party that props up the fragile coalition said today it had abandoned efforts to form a new government, averting an immediate crisis that had threatened to dislodge Prime Minister K.P. Oli.

The Maoist former rebels, the second biggest group in the coalition, triggered a crisis in the young republic on Wednesday by threatening to pull out of the unwieldy alliance.

They had accused Oli of failing to resolve a political deadlock with ethnic minority groups in the southern Madhes region over the new constitution and step up rebuilding work after last year’s earthquakes.

Earlier today, they had been expected to join the opposition Nepali Congress party and move a no confidence motion in parliament against the government.

“We will not pull out of the present government now because the prime minister has promised to work for a national consensus and address our concerns,” Maoist leader Dinanath Sharma said.

Janardan Sharma, another Maoist, told state television that the former rebels had backed down after Oli’s communist UML party refused to support their own leader’s efforts to form a unity government to resolve the constitutional impasse.

Addressing parliament earlier, Oli vowed to resolve all concerns of the Maoists and expedite rebuilding houses after the massive quakes that left 9,000 people dead and destroyed a million homes.

“I am prepared to work with other parties, address their genuine concerns through talks and correct any past mistakes,” Oli told lawmakers.

Nepal has been in turmoil since it adopted the first post-monarchy constitution in September last year.

Ethnic Madhesis, who live mostly along the lowland southern border with India, imposed a four-month blockade in protest at a proposal to carve Nepal up into seven federal states, saying it would divide their homeland and exclude them politically.