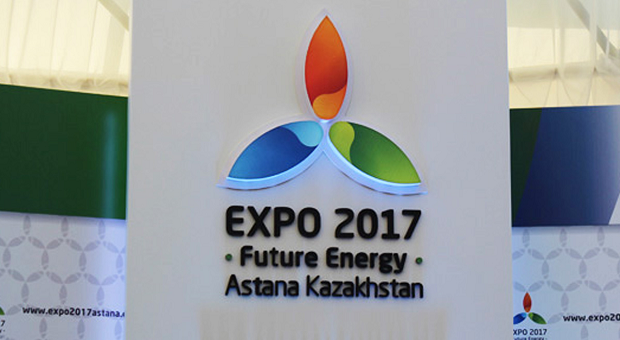 April 20, 2016 – In the framework of his working trip to South-East Asia, the Commissioner of the international specialized exhibition EXPO-2017 Rapil Zhoshybayev has met with the Minister of Energy and Mineral Resources of the Republic of Indonesia Sudirman Said, Deputy Minister of Energy and Mineral Resources, the Commissioner of the national section responsible for the country’s participation in EXPO-2017 Rida Mulia, Deputy Minister of foreign Affairs Esti Andayani and the business community of Indonesia.

According to the press service of Kazakhstan’s Foreign Ministry, during the meeting Mr. Zhoshybayev spoke about the preparations for the forthcoming exhibition themed “Future Energy”. In turn, S. Said noted that Indonesia has the great potential of solar, hydro, biomass and geothermal energy and by 2025 the government aims to increase the share of renewable energy in total energy production to 25%.

The sides have discussed state and prospects of cooperation between the two countries across the spectrum of interaction. According to the Indonesian diplomat, the exhibition of the international level is a good opportunity for the development of Kazakhstan’s economy.

On the initiative of the Commissioner Rida Mulia a round table on EXPO-2017 was held. The sitting involved business circles of Indonesia. The event considered the prospects of bilateral cooperation in the field of renewable and alternative energy.

In conclusion, R. Mulia and R. Zhoshybayev have signed an agreement on the country’s participation in the international specialized exhibition EXPO-2017.

The Republic of Indonesia became 46th country to sign the contract on participation in the event. At present, 81 countries and 14 international organizations have officially confirmed their participation in EXPO-2017.