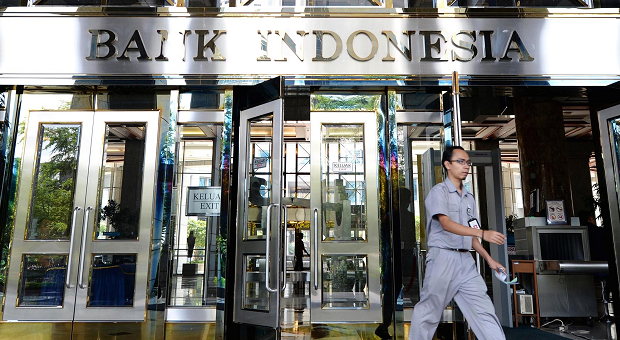 The new rate, which is the interest the central bank pays to borrow from commercial lenders, will replace the 12-month reference rate from Aug 19, Bank Indonesia said in a statement yesterday. The reverse repo rate is currently at 5.5 per cent.

Central banks from Japan to Europe are seeking more ways to stimulate their economies and protect against global shocks. The Monetary Authority of Singapore on Thursday unexpectedly eased its policy stance as economic growth ground to a halt.

The Indonesian economy grew at its slowest pace last year since the end of the global financial crisis in 2009. President Joko Widodo said in an interview in February that he wanted interest rates to “fall, fall, fall, fall and keep falling” so the country can better compete with its neighbours.

Indonesia’s trade surplus shrank last month, with exports dropping 13.5 per cent from a year ago, the statistics agency said yesterday.

The agency reported a US$490 million (S$667 million) deficit for last month.

Imports declined 10.41 per cent on a yearly basis. The March decline was less than the forecast of 12.02 per cent.