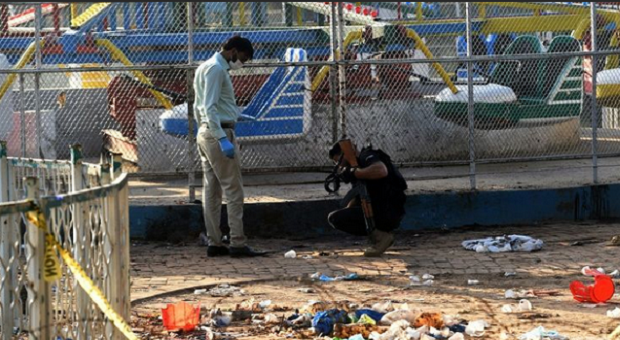 March 28, 2016 – A Taliban suicide bomber who attacked a Pakistani park thronging with families was targeting Christians, the group said Monday, as the death toll rose to 72, with children making up nearly half of the dead.

More than 200 people were hurt when explosives packed with ball bearings ripped through crowds near a children’s play area in the park in Lahore, where many had gathered to celebrate Easter.

“We carried out the Lahore attack as Christians are our target,” Ehansullah Ehsan, spokesman for the hardline Jamaat-ul-Ahrar faction of the Tehreek-e-Taliban Pakistan (TTP), said by telephone from an undisclosed location.

He said the group would carry out more such attacks, vowing to target schools and colleges alongside government and military interests.

The attack was the worst so far this year in a country well-used to large-scale atrocities, and will further undermine already-fractious community ties in the huge Muslim-majority nation.

Witnesses described children screaming as people carried the injured in their arms, while frantic relatives searched for loved ones.

“We had gone to the park to enjoy the Easter holiday. There was a blast suddenly, I saw a huge ball of fire and four to six people of my family are injured. Two of them critical,” 53-year-old Arif Gill said.

Rescue spokeswoman Deeba Shahbaz said the toll had risen to 72 Monday, with 29 children among the dead. Senior police official Haider Ashraf confirmed the number killed, adding the majority of the dead were Muslims.

“Everybody goes to this park,” he said.

Many wounded children were taken to Lahore’s Jinnah Hospital, some clearly in pain as doctors examined injuries to their legs, arms and faces Monday.

Doctors had described frenzied scenes at hospitals in the immediate aftermath of the attack, with staff treating casualties on floors and in corridors, as officials tweeted calls for blood donations.

Earlier, Usman said the bomber “blew himself up near the kids’ playing area where kids were on the swings”.