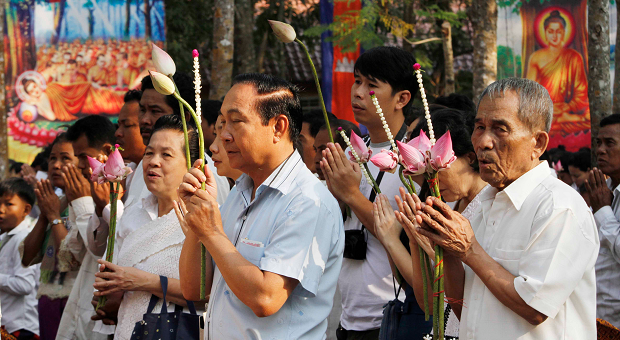 The annual ceremony was to commemorate the day when Lord Buddha declared his passing-away, which would happen three months later, and to mark the ordainment of Buddha’s first 1,250 disciples who spontaneously came to see him and listen to his sermon on that day.

“The Meak Bochea’s Day is an important religious event for Cambodia, where Buddhism is the state religion and more than 95 percent of the population is Buddhists,” Prime Minister Hun Sen wrote on his official Facebook page today.

On the day, laypeople pray to Lord Buddha and give alms to monks in order to dedicate to their ancestors.