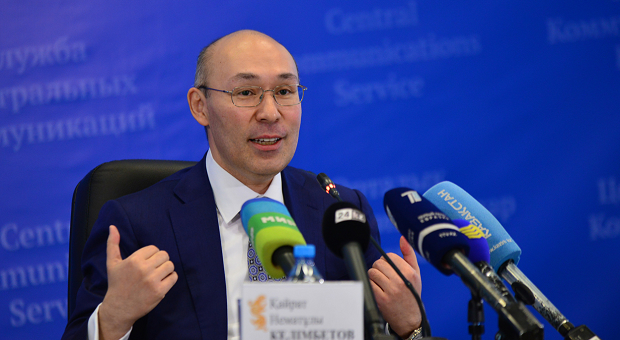 Kazakhstan will also expand the yuan clearing network, extend cooperation with the Shanghai stock and gold exchanges, he said. More Chinese financial institutions will be encouraged to help Kazakhstan develop its capital, Astana, as an international financial center, he added.

“I think there is an optimistic future for the globalization of the yuan,” said Kelimbetov. “China is among the world’s largest economies and it has to be represented in the monetary system. Many central banks now are creating their assets in yuan. As a key trading partner of China, Kazakhstan wants to be involved in the internationalization of the yuan.”

Kelimbetov predicted that Chinese companies are expected to be the largest cluster of foreign investors there when the Astana International Financial Center, initiated in 2015, starts full operation in 2018.

China is also the second largest trading partner of Kazakhstan, especially in the country’s exports of oil, gas and uranium.

“Trade between China and Kazakhstan is now around US$20 billion, and we expect the volume to double within the next 10 years,” Kelimbetov said, adding that “we are optimistic that financial links will strengthen.”

CITIC Bank is discussing to set up an office in Astana following the Bank of China and the Industrial and Commercial Bank of China.