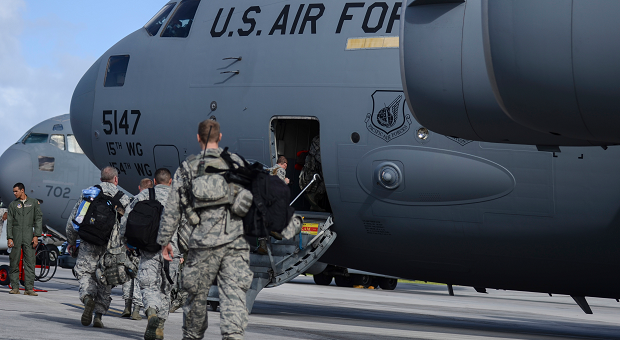 January 13, 2016 – The Philippines has offered the United States eight bases where it can build facilities to store equipment and supplies under a new security deal, a military spokesman said earlier today, amid rising tension with China over the South China Sea.

“The list has been prepared many months ago when we had earlier discussions,” Colonel Restituto Padilla told reporters, saying five military airfields, two naval bases and a jungle training camp were offered to the United States.

“These are still subject for approval and we’re going to hold final discussions about these areas.”

Three of these bases are on the main island of Luzon in the northern Philippines, including Clark airfield, a former U.S. air force base, and two are on the western island of Palawan, near the South China Sea.

The Americans are also seeking access to three civilian seaports and airfields on Luzon, including Subic Bay, a former U.S. Navy base, a senior defence official told Reuters.

Last year, more than 100 U.S. Navy ships docked in Subic and two advanced nuclear-powered stealth submarines made visits in the first two weeks of this year.

“Subic is important to the Americans because it is one of the few areas in the country where they can actually dock safely,” said a defence official, who declined to be named because he is not authorised to speak to the press.

The Philippines has filed a protest against China’s test flights from an artificial island in the South China Sea, a foreign ministry spokesman said, describing the actions as “provocative” and a violation of an existing informal code.

Every year more than US$5 trillion of world trade is shipped through the South China Sea, believed to have huge deposits of oil and gas, which China claims almost entirely. Brunei, Malaysia, the Philippines, Taiwan and Vietnam have rival claims.

China’s official Xinhua news agency, in an English-language commentary, said the EDCA would only escalate tension and “could push the situation to the brink of war”.

“The deal is groundless because China, which sticks to a defensive defence policy, has never coerced any country on the South China Sea issue,” it said.