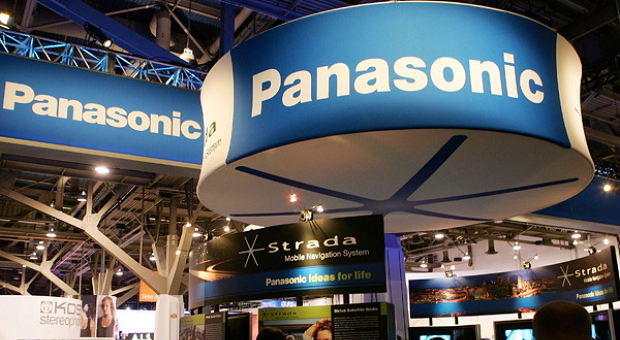 These days, after all, automobiles are essentially complex computers on wheels, relying on as many as 100-plus microchips for everything from fuel injection to pedestrian detection.

So the Japanese company shifted some 400 employees from redundant work in TVs, camcorders and phones to automotive components, as part of a global refocus from home electronics to high-tech auto parts.

The gambit wagers that Panasonic can leverage its electronics expertise to compete with established technology suppliers such as Denso Corp. of Japan and Robert Bosch GmbH of Germany.

Panasonic, already a leader in automotive batteries for hybrid and electric vehicles, now targets a 62 percent surge in automotive sales by the fiscal year that ends March 31, 2019.

By then, Panasonic expects automobiles to generate 21 percent of the company’s global sales compared with about 16 percent in the fiscal year that ended March 31, 2015.

The company’s automotive r&d budget tripled from 2010 to 2015, Shibata said. He wants to lift investment by another 60 percent by 2019. Panasonic also is on the prowl for acquisitions, especially in new markets such as Europe.

“In the safety area, we are very much behind others,” Shibata said.

Panasonic aims to remedy that with a new autonomous driving and ADAS test course scheduled to open in Yokohama this month.

The company is investing $50 million in the 3,229-square-foot course, Panasonic’s first for autonomous driving and capable of testing multiple cars at the same time.

Panasonic aims to design safety and autonomous driving technologies on top of its existing range of sensors. It sees potential in everything from adaptive headlights that follow the driver’s eye movements to auto-parking systems.

“In order to do that, camera sensing, sonar, laser radar is necessary,” Shibata said. “We have those devices.”

Among the image technologies Panasonic is developing is a camera sensing system that provides clearer visibility in snowy, rainy or foggy weather. The camera captures the view of the road at 60 frames per second and, through advanced image processing, strips out the snow, rain and fog for a clearer picture. Panasonic reassigned hundreds of workers to auto imaging from its declining audio-visual business, Shibata said.

The new priorities, he said, were set by Panasonic Corp. President Kazuhiro Tsuga, who previously led the company’s automotive unit.

Several Japanese electronics companies are piling into the automotive sector as they struggle in the cutthroat consumer goods market. Among them: Sony Corp., Toshiba Corp. and Hitachi.

Sales of comfort, infotainment and cockpit systems are forecast to increase 50 percent to ¥930 billion ($7.84 billion) in that period. Safety technology sales are pegged to rise 52 percent to ¥470 billion ($3.96 billion). Sales of environmental components such as batteries are expected to increase 67 percent to ¥700 billion ($5.90 billion).

In the cockpit, Panasonic is working on a new central display control that links all the video displays in the front and rear, much like shared computer screens at an office work station. With the flick of a finger, the driver can flip the image on the front screen to any of the other screens in the vehicle.

Panasonic aims to bring that to market soon.

Despite its ramped-up investment plans, Shibata said, Panasonic needs to partner with other companies to reach its goals.

Panasonic has earmarked ¥1 trillion ($8.42 billion) over the next five years for new factories, r&d endeavors and acquisitions.

“We need some offshore solutions,” Shibata said. “We have to seek collaboration with somebody.”