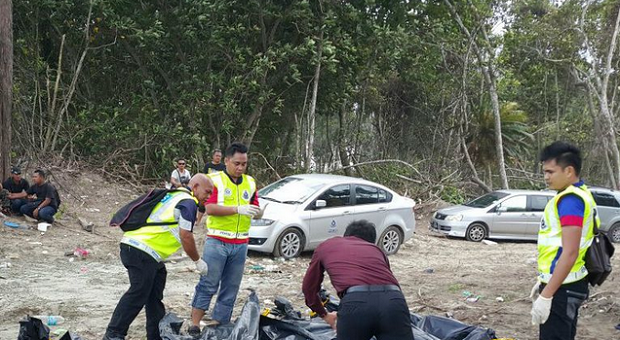 January 26, 2016 – Malaysian police today launched a search for a boat carrying up to 35 people, after 13 bodies washed up on a beach in the southern state of Johor.

Police discovered the bodies at a beach in near the town of Bandar Penawar earlier in the day.

The victims were exiting the country using an illegal route and believed to be on their way to Batam when the tragedy took place.

Choppy sea conditions and strong winds have been identified as the main factors which caused the boat to capsize.

The bodies were washed ashore and discovered by members of the public along Tanjung Kelisa, Mulim Timur, Bandar Penawar here, near the Tanjung Balau beach.

The bodies, of four men and nine women, have been sent to the Sultan Ismail Hospital in Pandan, Johor Baru for post-mortems.