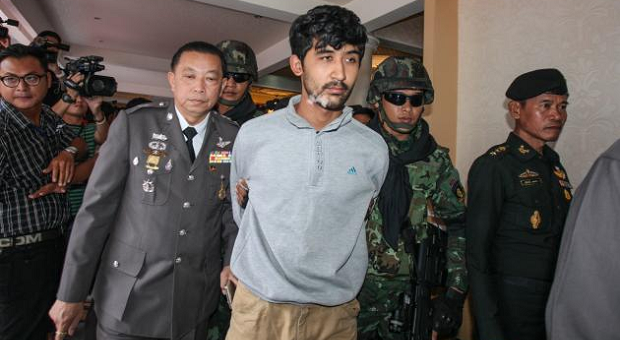 December 7, 2015 – Thai Police have confirmed that a leaked police letter warning of a possible Islamic State (IS) threat in the country is genuine.

“I can confirm that it’s a letter issued by our Special Branch,” said Police Deputy Spokesperson, Colonel Krisana Pattanacharoen.

The leaked memo, dated Nov 27, advised Thai police to step up security in key areas after a warning from Russian intelligence that ten Syrian nationals with links to IS had entered Thailand sometime between Oct 15 and Oct 30.

The letter also specified that four of these IS operatives had travelled to the resort town of Pattaya, two to Phuket, two to Bangkok and two to an unknown destination inside Thailand.

Thai police said they are in the process of verifying the intelligence report, while insisted that security measures have been stepped up at foreign embassies and key places around the country.

“We are 100 per cent confident about what we have done so far,” said Police Colonel Krisana.

“We have not only deployed more personnel, but also increased the exchange of information with our intelligence units.”

Bangkok Metropolitan Police Chief, Police Lieutenant General Sanit Mahathavorn told reporters that, so far, Thai authorities had not found the ten Syrians but said police will continue to be on alert.

“We have learned from our experience of the bomb attack at the Ratchprasong Intersection earlier this year. Police officers will be vigilant”, he said.

Security analyst Anthony Davis from HIS-Janes Defence Weekly said the possibility of an IS attack in Thailand is low because the country is not involved in the conflict in Syria and IS had not established a foothold in the Kingdom.

However, he warned that the possibility remains because many countries involved in the Syrian conflict had interests in Thailand, and that there were precedents to terrorism activities in the country since the 1990s.

“There has been, particularly in recent years, a steady drumbeat of attempts at terrorist operations in Thailand. The last one horrifically successful,” he said.