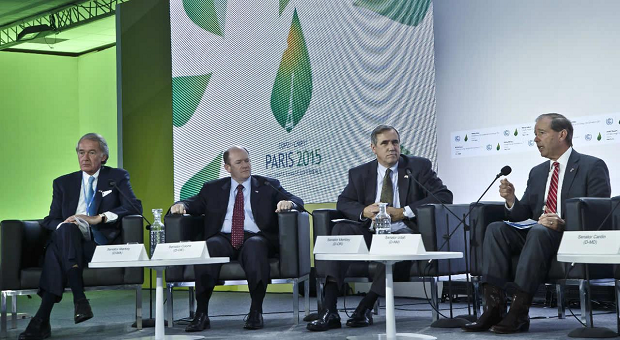 December 11, 2015 – China, the world’s biggest polluter of greenhouse gases, is confident a historic universal accord will be struck to rein in climate change, senior envoy Liu Zhenmin said.

“We are quite confident, I think with joint efforts by tomorrow we shall have a Paris agreement,” said Liu, the deputy head of the Chinese delegation to the 195-nation UN summit in Paris, which has run past a Friday evening deadline for a deal.

France said the talks would be extended, with hopes of wrapping them up on Saturday, after ministers failed to bridge deep divides during marathon negotiations.

French Foreign Minister Laurent Fabius was also upbeat about a deal, saying he was “sure” of success.

“We are almost at the end of the road and I am optimistic,” said Fabius, who is presiding over the talks that began nearly a fortnight ago with a record summit of more than 150 world leaders.

However, India’s Environment Minister Prakash Javadekar warned today that success in Paris is not guaranteed, saying the developed world is not “accommodating and is not showing flexibility” to the concerns of developing countries.

“French President (Francois) Hollande has warned twice that if the developed world doesn’t show that spirit of accommodation then Paris success is not guaranteed,” Javadekar said.

“That is what the French President Hollande said and is what I repeat.”

Both India and China cite as a key concern the concept of differentiation, which refers to the rich world taking more responsibility for global warming, because it has historically been responsible for the problem.

Many world leaders have billed the talks as the last chance to avert disastrous climate change: increasingly severe drought, floods and storms, as well as rising seas that would engulf islands and populated coasts.