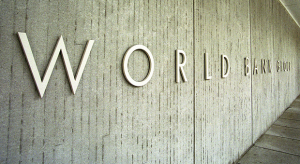 President Sargsyan spoke highly of Armenia’s many years of cooperation with the World Bank, stressing the bank’s role in the country’s socio-economic development. From the very beginning, Sargsyan said, Armenia has characterized the World Bank not only as a financer of investment programs, but also as a partner that supports economic reforms and the development of human capabilities.

Hoping for a deeper partnership and collaboration, Sargsyan said the program directions will adopt a new quality, maximally embracing the global economic challenges, regional developments and country-specific trends and policy priorities. The President assured the guests that the Armenian government is determined to continue the reforms aimed at the improvement of the economic atmosphere in Armenia.

Muller noted, in turn, that he and the regional director have set high standards and will do everything to fulfill their goals. According to him, the World Bank has already planned to implement a number of programs which will cost $700 million.

At the meeting, the parties discussed the status of the current Country Partnership Strategy, the primary directions of Armenia’s economic policy, and the issues of ensuring steady medium-term economic growth.