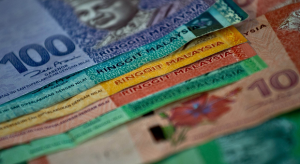 September 8, 2015 – The Malaysian ringgit fell to a new low of 3.0566 against the Singapore dollar today, hurt by slumping oil prices and concerns about the Chinese economy.

The ringgit was trading around 4.34 to the US dollar, the lowest level in 17 years.

The Nymex crude oil futures are currently down 3.7 per cent from Friday’s close, hurt by growing concerns about the global economy. The US market was closed for a public holiday yesterday.

Meanwhile, Chinese trade data released on Tuesday showed further weakness in the world’s second most populous nation, with exports down 5.5 per cent in August from a year ago and imports slumping 13.8 per cent.