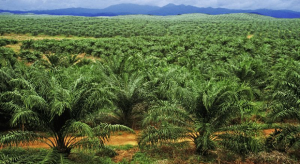 In Malaysia, flights were diverted due to low visibility and around 2,000 schools were shut as air quality in some states reached unhealthy levels.

Palm oil production may decline 10% to 20% in the affected areas, according to IJM Plantations Bhd chief financial officer Purushothaman Kumaran.

A prolonged haze amid the strongest El Nino in two decades may hurt oil palms in the coming months and can potentially support prices which slumped to a six-year low in August. Heavy haze curtails the amount of sunlight reaching trees and hinders photosynthesis, resulting in lower yields six months down the line, according to Malaysian plantation consultant Ganling Sdn. The blazes are often started to clear land for plantations.

“The palm is under stress,” Ling Ah Hong, director at Ganling, said by phone on Tuesday. “If the haze prolongs over a long period, like a month or two, there may be some impact on production because it affects photosynthesis activity of the palm trees.”

Palm plantations are already bracing for dry weather caused by the El Nino. The weather pattern will peak around the end of the year and sea temperatures may exceed, or come close to, the those seen during the record event in 1997-98, according to Australia’s Bureau of Meteorology.

The strong El Nino would be “good news” for palm oil prices, which usually spike during the event and lift plantation stocks to outperform, Credit Suisse Group AG said in a report on Monday. Palm oil futures on the Bursa Malaysia Derivatives traded at RM2,116 a tonne by 3.52pm yesterday, having plunged to a six-year low of RM1,867 last month.

The haze has sent the air pollutant index in Pontianak, West Kalimantan soaring past the hazardous levels, while capital cities in Riau province and South Sumatra recorded unhealthy levels. That may keep plantation workers indoors, according to Kuala Lumpur Kepong Bhd.