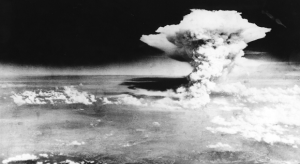 August 10, 2015 – US entertainment giant Disney was forced to apologise after one of its Japanese language tweets was criticised for being insensitive as the country commemorated the 70th anniversary of the Nagasaki atomic bombing.

The company’s Japanese unit, referencing the animated film “Alice in Wonderland”, took to social media yesterday with a message about the movie’s well-known “unbirthdays”.

In Disney’s original film, characters celebrate an “unbirthday”, every day of the year except their own birthday, during a party with Alice.

However, the Japanese tweet’s wording translated as “a day of nothing”, and coincided with commemorations for the more than 74,000 people killed when the US dropped an atomic bomb on Nagasaki.

“We deeply apologise for using an inappropriate expression that could annoy people,” it tweeted yesterday.

Company officials could not be reached for comment today.

The twin bombings were the final chapters of World War II, with Japan surrendering on August 15, 1945.