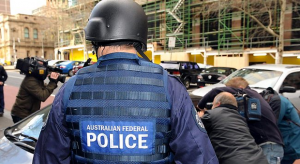 July 1, 2015 – A Hong Kong man charged with importing an estimated $4.7 million worth of methamphetamine hidden in toys has been remanded in custody in Melbourne.

It is alleged seven kilograms of drugs were hidden in a shipment of toys delivered to the store by a courier in 11 boxes.

Staff members who opened the boxes found a crystalline substance in a toy drum, it is alleged.

Staff raised the alarm after becoming suspicious when Cheuk later went to the store to ask about the boxes.

The AFP said the drugs were methamphetamines.

Cheuk was charged with attempting to possess and import a commercial quantity of border-controlled drugs.

If proven, the importation offence carries a maximum penalty of life in prison.

Cheuk was assisted in court by a Cantonese interpreter.

His lawyer said it was his first time in custody and the judge noted his age and potential vulnerability in prison.

Cheuk did not apply for bail and was remanded in custody to return to court in October.