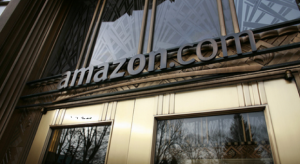 Established in 2008, BankBazaar operates a neutral marketplace where consumers can compare and shop for financial products provided by a panel of 23 Indian banks.

The new funding round, which also included participation from existing investors Sequoia Capital and Walden International, will be used to further develop the company’s Web and mobile platforms and to strengthen the brand as an upscale destination for financial services provision. Already a leader in the online loan and credit card market, the company says it will also launch other financial products in collaboration with its partner banks.

With this, its second investment in BankBazaar, Amazon now owns a minority stake in the company, which has raised a total of $79 million in successive funding rounds.

Having long since expanded beyond its original remit as an online bookstore, the investment in BankBazaar gives Amazon a clear insight into the running of an online financial products marketplace.

Amit Agarwal, vice president and country manager, Amazon India, says: “BankBazaar is a unique and compelling service that aligns with Amazon’s mission in India – to transform the way India buys and how India sells. Amazon looks forward to working with them and supporting their growth.”