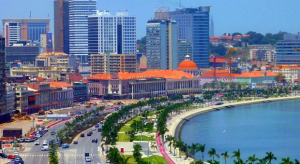 June 17, 2015 – Beating several posh cities around the globe, Luanda, the capital of Angola is adjudged the costliest city for the expatriates. According to Mercer’s Cost of Living Survey, Luanda holds this position consecutively for the third year. Hong Kong comes second in the list, while Zurich, Singapore and Geneva come third, fourth and fifth, in that order.

Shanghai, Being and Seoul, Bern and N’Djamena are the other cities in the Top Ten list.

Meanwhile, Bishkek in Kyrgyzstan is considered the least expensive, with 207th rank. Windhoek Namibia and Karachi in Pakistan are the next to Bishkek. A total of 207 cities were included in the survey. Housing, transportation, food, clothing, household goods and entertainment were the parameters considered.

All the comparisons were made with New York city and it stands at 16th position in the most expensive cities list. Los Angeles stands at 36, Chicago at 42, Washington, DC at 50, Honolulu at 52, Houston at 92, Cleveland at 133 and Winston Salem at 157.

Vancouver fell 23 places to reach 119th position. Toronto is much less expensive and dropped 25 places to stand at 126. Montreal is at 140th position and Calgary is at 146. This ranking reflects weakening of the Canadian dollar against the U.S. dollar.

In Europe, Zurich of Switzerland is the costly city for expatriates, as there has been significant increase of Swiss franc against U.S. dollar. Geneva and Bern, both in Switzerland, have higher positions of 5 and 9 respectively.

The survey noted that Luanda, a port city and the capital of Angola with 5 million in population, is considered an inexpensive city for the native people, but imported goods, drinking water, electricity, safe living conditions are very pricey. Luxury apartments are on the rise, when 53 percent of the local people are living in poverty.