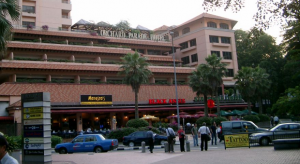 June 19, 2015 – A former accountant at Far East Organization who stole her supervisor’s dining vouchers was jailed for a day and fined $3,000 yesterday.

Investigations showed that Yau had stolen them from Ms Phang while she was out at lunch with her colleagues.

She then combined the vouchers with three of her own and spent them on a $120 meal at Dean and Deluca, a restaurant at the Rendevous Hotel.

Pleading for leniency, Yau’s defence lawyer Louis Joseph pointed out that Yau had pleaded guilty very early on. He also cited the small amount involved that Yau has since restored to her supervisor.

This was Yau’s first brush with the law.

For theft in dwelling, she could have been jailed for up to seven years and fined.