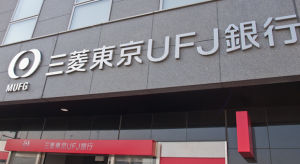 Targeting qualified corporate investors, the main lending unit of Japan’s biggest banking group is set to issue a Chinese renminbi bond totaling 350 million yuan ($56 million), with a maturity of two years and a yield in the 3 percent zone, they said.

The issuance of the renminbi bond will allow Japanese companies advancing into China to raise funds in the local currency more easily.

The offering comes as tensions between China and Japan defrost after Prime Minister Shinzo Abe met with President Xi Jinping in April and Xi hosted a delegation of 3,000 Japanese visitors last month in Beijing.

As China pushes for greater internationalization of the yuan, cities including Singapore, London and Frankfurt have vied for business in notes denominated in the currency.

Japan and China agreed on the issuance of renminbi bonds in the Tokyo market at a summit in December 2011, but the plan was shelved as tensions between the two countries soared over the sovereignty of the Senkaku Islands.

BTMU decided on the bond issuance after Chinese Finance Minister Lou Jiwei indicated June 6 that China is planning to allow the move during the first finance dialogue held between the two countries in more than three years.

BTMU began operations in China in 1958, and the bank’s Chinese unit has 11 branches and five sub-branches in the country, according to its website. The Chinese unit, which is based in Shanghai, provides loans, foreign currency and trade finance, according to the website.

In 2010, the bank’s Chinese arm issued a renminbi bond in the country, becoming the first foreign bank in China to do so.