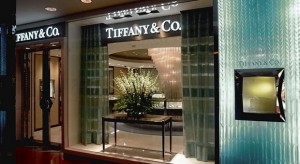 March 20, 2015 – Upscale jeweler Tiffany & Co’s quarterly sales fell for the first time in five years and are expected to decline further in the current quarter, hurt by the strong dollar.

Shares of the No. 1 U.S. jeweler fell nearly 4 percent before the bell today.

New York-based Tiffany in January had cut its profit forecast for the year, saying the stronger dollar not only reduced the value of sales outside the United States, but also hurt sales to tourists in the country.

Tourists spend more than US$200 billion annually in the United States, but growth in 2015 is expected to decelerate as would-be visitors balk at the stronger dollar and grapple with weaker economies at home.

Tiffany gets about half of its revenue from outside the United States, while tourists to the country account for a bulk of domestic sales.

The dollar had risen about 9 percent against a basket of major currencies from November to January.

The company’s revenue slipped to US$1.29 billion from US$1.30 billion, while analysts were expecting a 1.5 percent rise to US$1.31 billion, according to analysts.

Tiffany reported net income of US$196.2 million, or US$1.51 per share, in line with the analysts’ average estimate.

Tiffany’s shares closed at US$86.37 on Thursday, down nearly 3 percent since the company cut its profit forecast in January.